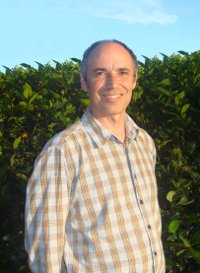 "I've been playing for ceilidhs since the age of 10, and started playing melodeon in my early teens after my older sister starting dating a morris dancing melodeon player! I've been a 'Folk Camps' musician in England and Europe for over 30 years, and have played at major festivals including Sidmouth, Towersey, and Chippenham. As a member of Sussex band 'Touchstone', I've now played at the Crawley Folk Festival for over 20 consecutive years."

"When not either playing or teaching music, I also tune pianos."

Chris moved to Devon in 2007 and we've been asking him to play for Hopody as often as possible ever since! He is a virtuoso performer with an incredible repertoire of english ceilidh music. A versatile musician playing melodeon, and fiddle equally well, he's also a very good caller. We're very lucky to have him on board!

Return to the Gallery