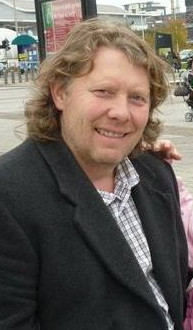 "A ‘lifelong’ musician, I’ve played guitar with more bands than you could ‘shake a stick’ at, in styles ranging from Folk, to Rock to Metal. I must admit to playing innumerable pubs, clubs, and festivals as well as many disreputable establishments throughout the land. Along the way I’ve played in bands that have been the main support act amongst others for Julia Fordham, Sharon Shannon, Wolfstone and Martin Carthy. I also spent a season playing the hotels and bars of Alicante on the Costa del Sol in Sunny Spain. Closer to home, I did a ‘Coals to Newcastle’ tour of County Cork and Galway in Ireland playing Celtic Rock. (although I don’t actually remember much about this one.......something to do with the Guinness????) At the other end of the Spectrum I spent some years playing fiddle for Appalachian Clog dance team ‘Loose Screws’ in Southampton!! I’ve worked with many superb musicians over the the years and Sheer Hopody are no exception. They never fail to whip up a storm and get you dancing to the liveliest English Ceilidh."

It's great to have Adrian with us. His rhythmic playing style helps ensure that our ceilidhs and barn dances go with a swing!

Return to the Gallery